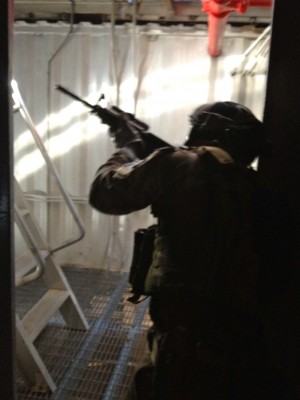 Welcome to the homepage for MindGame Productions. Here you will find basic event announcements, links to FAQ and Player Packs for each event.

For regular updates, sign up on our main FaceBook page for general announcements and information, although specific event planning and details will appear in the specific FB groups for each event.

Be sure and read the players packs published for each event as they will contain important information on team structure, radio channels and other event details.

Note that there may be some event additions or date shifts based on securing of interesting new locations during the year. “The days of drug cartels are over. I am not a drug dealer, and what I command is not a cartel. What I have can only be referred to an empire….and I am its emperor” – Alberto Villa Lobos, head of the Mano del Dios drug cartel

For decades the Revolutionary Armed Forces of Colombia (FARC) financed operations through the illegal drug trade, kidnapping, and ransoms. The Colombian military, strengthened with US Counter-Narcotic support, gradually weakened their ability to wage war, and FARC leadership signed a historic peace treaty with the Colombian government in 2017. The networks of drug production, smuggling, and arms shipments were already in place, and several thousand FARC dissidents remained loyal to the organization’s doctrine and continued their drug trafficking and struggle against the government.

A former FARC commander, Alberto Villa Lobos is now the most powerful drug lord in Colombia, after ruthlessly eliminating rival leadership within the disrupted Urabeños Cartel. Now he leads one of the largest and most heavily armed cartels in the history of South America, with production spanning from Venezuela to Peru. They call themselves Mano del Dios (the Hand of God).

Mano Del Dios wasn’t the only cartel to step into FARC’s power vacuum. The Urabeños, born from the members of Colombia’s Popular Liberation Army (EPL) rapidly rose to a significant share of Colombian drug market. The Urabeños suffered a significant setback two-years ago with the capture of kingpin Dairo Antonio Usuga, which allowed for Mano Del Dios to seize portions of the Urabeños network. Finally from the streets of Bogota, comes the Mama Gallo cartel, a stylish new player, seemingly more at home in the city than in the depths of the Colombian jungle. The members of Mama Gallo have become known as risk-takers, working aggressively between the larger cartels, and trying to win over popular support of the people, much like Escobar’s Medellin cartel of the 80s.

In October a group of DEA agents stopped a truckload of fruit crossing the border between Ecuador and Peru. Search of the vehicle revealed over 6 million dollars in cash and five hundred kilos of cocaine. One Cartel member was killed in the seizure. Two days later, cartel commandos firebombed a DEA safe house in Venezuela. 4 agents and 5 civilians were killed. Violence between government troops and cartel members spiked across Colombia, Venezuela, Ecuador and Peru. To stop the bloodshed United Nations diplomats were sent to Colombia to start negotiations. Alberto ignored the UN personnel until his son, Miguel, was gunned down in Cali. Alberto ordered the diplomats captured and released a video on the Internet showing their torture and murder.

American response was clear. The cartels had gone too far. Federal Agents and combat troops gather in neighboring Panama to deploy into Colombia, while surgical airstrikes pound known cartel factories and training camps. As the conflict escalates, the combatants ready themselves for the worst. The next drug kingpins wait in anticipation of scavenging the ruins of the Mano del Dios empire.