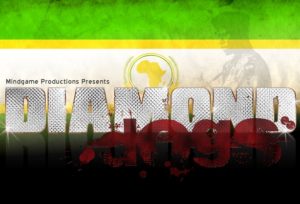 Unfortunately, pre-registration numbers are way lower than they should normally be at this time. Even with anticipated walk-ons… we almost certainly wouldn’t see the numbers we need to present the Diamond Dogs scenario. So, we’re going to a Plan B. I don’t want to cancel the chance for folks to have a chance for a fun day of airsoft… but if we can’t offer the Diamond Dogs scenario due to lower numbers… certainly shouldn’t have folks paying for that.

We’ll have a fun day of milsim airsoft scenarios, but the team structures will need to be different and it’ll be moving from one scenario to another. Should still be a lot of fun action and general shenanigans… but just won’t be the planned Diamond Dogs experience.

Dropping online registration to $20. Those who already pre-registered (thank you VERY MUCH for doing so) have been presented option to either get a partial refund and come on out, or get a full refund if they’d rather make other plans.

Hope to see y’all out there!

Thanks to Warzone Airsoft as an event sponsor and onsite vendor!

We're sorry, but all tickets sales have ended because the event is expired.


Wayne’s World of Paintball is an exceptional scenario paintball field in Central Florida and a regular host of MGP events for over 14 years. Remember that magazines must be removed from weapons except for on the field and the designated chrono area. Approved eye-protection must be worn on the field at all times.

Camping IS available near the parking areas. Be sure to contact the field in advance if you plan to arrive after about 5pm or the gates will be locked.

Air tank refills for HPA weapons ARE available in the pro-shop, which typically opens at 9am. If you require air to chrono or if the game has an early start option, you may want to get your tanks filled prior to game day.